You think it’s a provocative title right? Honestly – why are you here? To watch a beheading video? 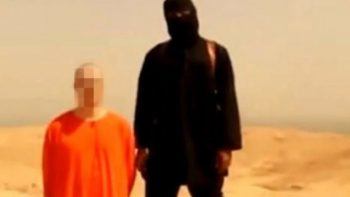 So. Did you search in Google for beheading videos? Videos in which prominent Western victims such as Peter Kassig, Steven Sotlof and Alan Henning’s heads were separated by terrorists of “the Islamic State”?

Then you’re in the company of millions of people actively searching for beheading videos online. An archaic horror that has gathered people for centuries in places of execution? A question that far exceeds the themes of modern media society and that requires a thorough examination of people’s souls.

In her TED Talk, anthropologist Frances Larson explores the question of why and how ISIS’s (Islamic State) decapitations could become a media spectacle, captivating millions of people.

Here is the TED Talk on the Islamic State beheading videos.

Check out also the new on Who Watched The ISIS Beheading Videos, Why, And What Effect It Had On Them

In a survey of more than 3,000 U.S. residents scientists at UCI found that 20 percent had watched at least part of a beheading video, while 5 percent said they had watched an entire one.

Survey participants were more likely to say they had watched the beheading videos if they also said they were male, Christian or unemployed. Those who reported watching television more often were also more likely to view the videos. So, too, was fear of future terrorism associated with greater likelihood of watching. Prior mental health conditions were not significant factors, but a lifetime exposure to violence was.