Welcome to our stories from all over the world, told in pictures and words.

What you’re holding in your hands right now is more than just an ordinary wrapping paper – these are lasting impressions from our worldwide “working places” – this time also from our home Berlin.
In this edition we are interpreting Venice, London and Berlin.
All three cities which have a lot of history and a highly charged present.
Get inspired by diverse discoveries and moving stories that had – beyond the common clichés – a lasting impact on how we think, feel and create.
Greeting from a year full of impressions,

Have fun on your journey of discovery! 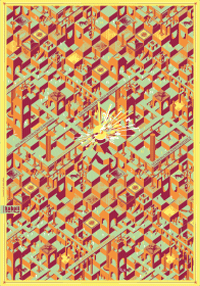 He who plays with fire burns his maximus. How can it be that you feel more life in a place that sank in an ash rain within a few hours 2,000 years ago than in many other contemporary cities? Penises as omnipresent talismans against envy, free admission for children to the thermal baths, snack bars and culture on every corner: this place is not dead, it vibrates. And the graffiti of the gladiators in the arena touches us more than the tweets of the celebrities today. What will people say about our world in 2,000 years? And how could it be preserved without fire? 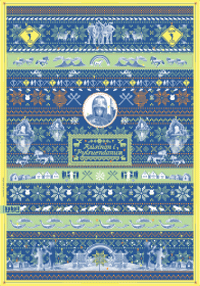 The raisin at the end of the hot dog. Behind the next hill he will appear, the last living dinosaur! You can’t travel to this land, you can only get there through a mysterious passage that you’ve always overlooked, and at the other end you emerge and find yourself back in this untouched landscape. A strange world full of elves and gnomes. Where babies are left out in the cold and whales are still hunted, where swimming pools are filled with hot volcanic water and sulphurous air streams from water-taps. Where the food is horrible, but the people are warm and open-minded. How long can a place remain magical that has suddenly appeared in the awareness of tourists through a very mundane sport? 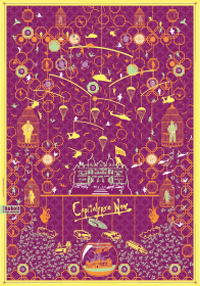 Capitalypse now! A place the world doesn’t need! The living cliché of a bygone era. In the era of equality, Monaco celebrates the old rich man including female service and amusement staff. In times of sustainability, one flies by helicopter to the next 14 € cappuccino. And while modern Europe is fighting for its democracy, the monegasque prince (in his respective version) has had the final word for hundreds of years. Does this place still have a right to exist? Or should one free the underwater creatures from the princely aquarium and hoist the flag of the revolution on the roof of the casino? 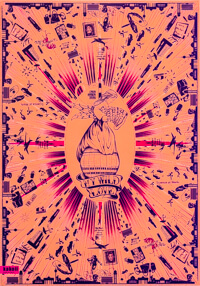 Berlin is illuminated! Even when you can’t see the light. This often happens in areas that have not yet been discovered by trend scouts. In the backyards, where sandboxes are paved with historic stones taken from the blown up Berlin Palace. Where women can leave the house without makeup and are still being seen. This is a city where one is allowed to  experiment: whatever age, however smart or pretty, everything seems to be more possible than anywhere else. Freedom has always been a topic here; no matter, if it could be found at that time or not. Maybe this is why the city is full of ideas that children would have when grownups aren‘t watching: one can realize everything if he/she really wants to.
Exploring the future and finding the truth.
Berlin my wild love! 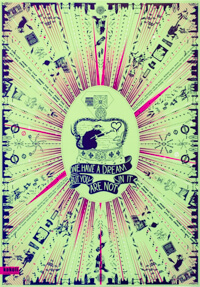 Britons never shall be slaves!
It is only in London that, terrorists are being politely reminded that no one will let them spoil teatime. Where does this inimitable style and attitude, that even prevails the worst crisis, come from? Even the bus driver has it, representing the Transport for London organization with its seat in Windsor House and with it, the English Empire and its 100 years of history, whose queen is – by the way – also the head of state in Australia. Unbroken Imperialism shines through when, at the end of a concert in Royal Albert Hall, 9000 visitors stand up, waving their bannerettes, to sing “Rule Britannia” in front of a Union Jack that is as long as the building is high. Island remains island at last.
They have a dream but you are  not in it! 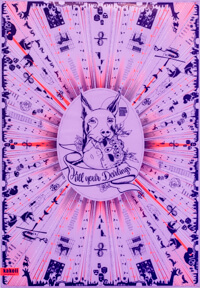 Save Venice! The city‘s downfall began in the 17th century, its ascent came through a saving idea: tourists! But what are they supposed to do after visiting the three churches and one single Palazzo? They stand at the Ponte degli Scalzi and watch a helicopter pull out a 300 pound woman who fell into a canal whilst getting off a gondola. The atmosphere turned from romantically morbid to absurdism long time ago. Damien Hirst nailed this type of spirit in his exhibition of reportedly archaeological pieces: The Mickey Mouse statue overgrown with barnacles is the symbol for a city that mainly exists in the perception of the tourists.
Kill your darlings! 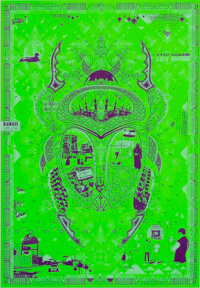 That’s it! The chance of a century is gone. The people sadly mourns the democratic revolution while the blossoms of the Arab Spring are fading away. Economics, politics, the entire society is paralyzed. Curious to know more, we asked young Egyptians about their dreams. “This country offers no dreams. I have to work as a security guard in a shopping mall with a bachelor degree in law.” Meanwhile the enthroned presence of the Giza Pyramids is invulnerable to all doubt. For almost 6000 years they’ve been conveying the comforting feeling that new hope is just a matter of time. 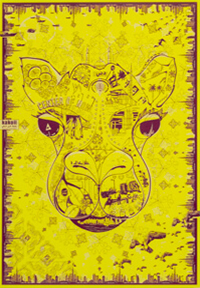 All eyes on Dubai. Eyes formed by prejudice, history and heritage. They say it’s fake, arti cial, a playground for the super-rich. However, if you free yourself from the European perspective you will be rewarded with an exceptional way of life. 1.3 million people from all over the world are constantly reinventing themselves and writing a history of their own. Welcome to the “Center of Now”! And as the top of the Burj Khalifa literally divides the clouds above us, we understand – this place is more real than the Berlin City Palace will ever be. 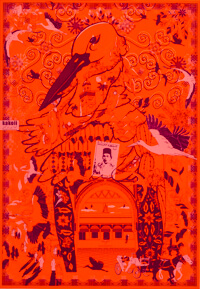 A feast for the senses. We are merging with vivid colors, original shapes and fascinating scents. The wind becomes sound as he blows through the snake charmers’ flutes. Our horse carriage stops in front of an H&M store. Stylishly dressed girls holding Starbucks cups are shopping for teasing lingerie. Provoking contrasts like these are the source of the most enticing future trends. Marrakesh succeeded in sustaining its rich history and impressive traditions, mainly thanks to the steady leadership of the royal family. This distinctive energy attracts artists around the globe, like a beautiful, ruthless and inexhaustible muse. 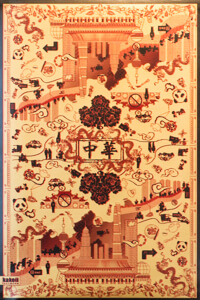 In China nobody asks themselves, where the inspiration for the solution of a problem came from. In China you’d ask yourself: „What did the others do? And does it solve my problem?“ And then work start immediately. For in the end there are only two scenarios: „If it works, one makes it better. If it doesn’t work, one makes it differently“ 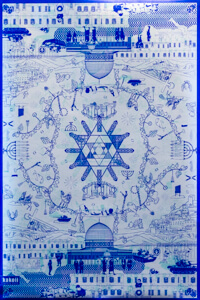 How can a country with a population of 7 million people, in constant state of war produce more successful startups than the USA, Canada or Japan? In Israel immigrants play the main role in the economic success. Because of their biography they are more ready to take risks and are better at adjusting to new structures. 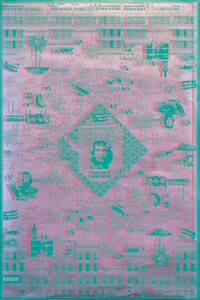 You can still feel the presence of Che Guevara as if it was 1959 was just yesterday. And if the hero and visionary wouldn’t only have participated in the coup but also in the upswing, normality could reign, instead of the trade with food stamps. Instead you still hear „Viva La Revolución!“ 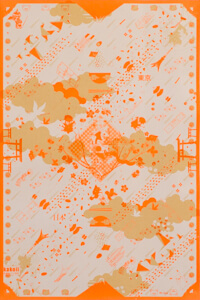 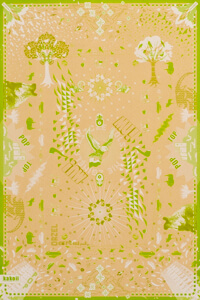 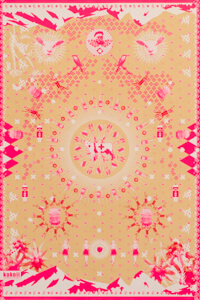 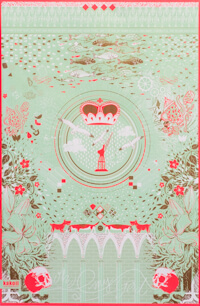 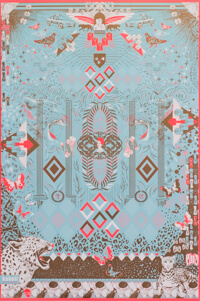 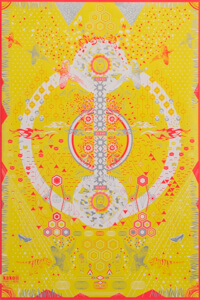 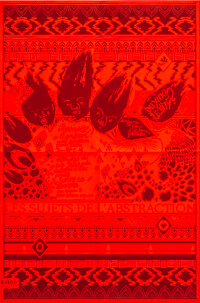 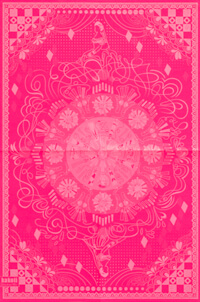 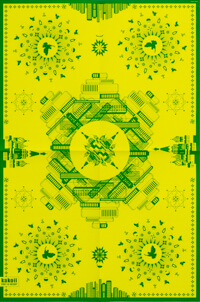 Media coverage of our project: