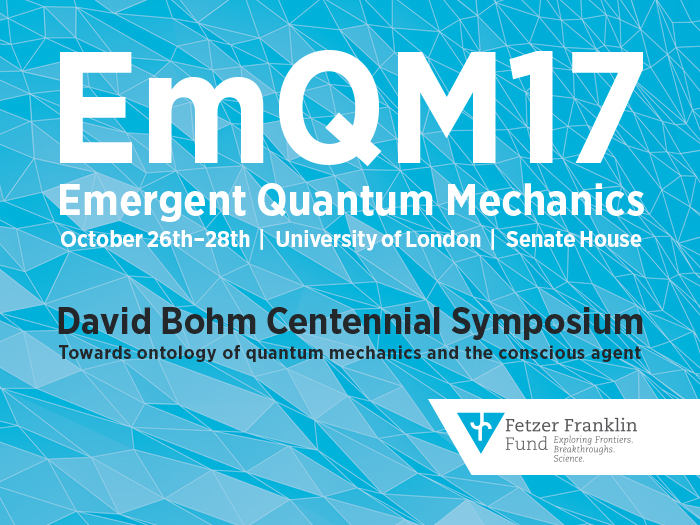 As the lead agency for the Fetzer Franklin Fund we are very proud to announce the EMQM17 Symposium in London this year.

On the occasion of David Bohm’s 100th birthday, a symposium on emergent quantum mechanics will be held at the University of London, Senate House, on October 26 – 28, 2017. This special issue features expert views that critically evaluate the prospects and significance – for 21st century physics – of ontological quantum mechanics, an approach which David Bohm helped pioneer. In original de Broglie-Bohm theory, the mathematical formalism refers to hypothetical ontic elements (e.g., John Bell’s “beables”) such as the quantum potential. In the 21st century, realist quantum approaches often distinguish between ψ-epistemic and ψ-ontic ontological quantum theories. Unlike ψ-ontic theories, the ψ-epistemic theories do not view the wave function ψ as a state of reality. Nevertheless, both types of approaches posit – again – the possibility of an ontological foundation for quantum mechanics.